An expansion has been announced for Elder Scrolls Online: Morrowind. Morrowind will be released for all platforms on June 6th, 2017. The expansion includes a whole new explorable area, Vvardenfell with roughly 30-hours worth of story which includes assisting a legendary Morag Tong member and meddling with the local politics in the process and saving Vivec City from a crashing meteor by helping a demi-god regain their power.

ESO will be getting it’s first new class as well, the Warden. 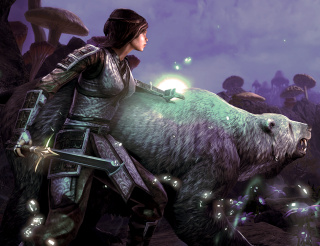 Morrowind also comes with a new playable class: the Warden. Warden will be nature magic-based and has a war bear companion. A new trial and an exciting new 4v4v4 arena-style PvP battleground are also some of the things we can expect to see come June.