Skill points are a limited resource in Elder Scrolls Online. You’ll naturally cumulate skill points as you advance in game, but you can also go out of your way to specifically hunt for skill points.

Skill points are needed for just about everything in ESO. You use skill points to unlock passive crafting skills, passive and active combat skills and their morphs.

That’s why grabbing all the skill points you can possibly get will be very important for character progression.

Here’s a breakdown of skill points in ESO: how many are there, where do you get them and how do you reset them.

How many skill points are there in ESO?

In the latest reddit AMA, Zenimax confirmed that there’s 300+ skill points available at launch. This is in line with the information we have. I suspect that the reason they haven’t come out with an actual number is because reportedly you can gain a few additional skill points based on how you decide to advance in some of the later Mages Guild quests. Choice matters, my friends!

EDIT: The actual quest is called The Mad God’s Bargain. I won’t spoil the story, but depending on your choice you can receive one extra skill point.

The number of skill points is only going to get bigger and bigger in ESO with new content updates and zones. At the same time you’ll gain access to a greater variety of skills, so it all balances out in the end.

The figures above are an estimation of the number of skill points available in beta.

~300 Skill points is not enough to master everything. Crafting, for example, eats a lot of skill points on its own. Fully mastering Alchemy requires you to use 19 skill points, whilst each Smith profession (Blacksmithing, Clothing and Woodworking) take 23 skill points to master. It’s possible to master every crafting profession, but that does not leave you with many extra skill points. Your number one focus should probably be having a healthy selection of combat skills and passives, since ESO is all about combat, after all.

It’s also good to keep in mind that getting to the point where you actually have the 300+ skill points will take a significant amount of time. Ranking up to rank 50 in Alliance War, getting all skyshards from every alliance territory, including Cyrodiil, completing all of the major quest lines in every zone, not just the ones in your alliance territory, are just some of the requirements.

Once you have completed your own alliance zones, you can expect to have over 100 skill points depending on how many skyshards you’ve found and how much time you’ve spent in Cyrodiil.

How to Gain Skill Points in ESO

There’s multiple skill point sources in ESO. The most obvious one is levelling. Every time you gain a level, you receive a skill point. This is a part of natural character progression. Once you hit level 50, you’re actually veteran rank 1. You can then level up to veteran rank 10, which would be level 59.

Another part of natural progression is doing quests. Many quests in ESO reward you with skill points. Typically these are culmination points in the quest line. For each zone you get roughly 3 skill points just by completing longer quest lines. The main story line in ESO gives roughly 10 skill points.

Every group dungeon also has their own quest – you gain a skill point for completing every 4-man dungeon quest.

Public dungeons, not to be confused with group dungeons, contain challenges, which upon completion reward you with a skill point.

Fighting for your alliance in Cyrodiil is another way to gain skill points. You can advance in Alliance War ranks, and for every rank you gain, you receive a skill point.

Elder Scrolls rewards players who explore the world. This has always been true in the previous TES games, but it’s also true in Elder Scrolls Online. There’s 321 skyshards to be found on Tamriel. If you find all of them, you’ll receive a whopping 107 skill points, one for every three skyshards you find.

How to Reset your Skill Points in ESO

You can reset your skill points in ESO, as well as your attributes. This is done at a shrine which can be found in the second major alliance zone.

You’ll see three shrines; one of them is a shrine to Mara, which is required for the Ritual of Mara. The other two shrines let you reset your skills and attributes.

Respeccing in ESO is not free. Using the shrine requires you to give a donation or a “generous contribution” in gold. How much gold resetting your skills costs, depends on how many skill points you have. In the 0.181 build this cost is 100 gold per skill point – the more skill points you have, the more you have to pay to respec.

If you had 300 skill points, the respec cost would be 30k gold, which is a LOT of gold.

Where to Reset Skill Points and Attributes?

As mentioned earlier, you can reset your skill points at a shrine in the second big zone of your alliance. 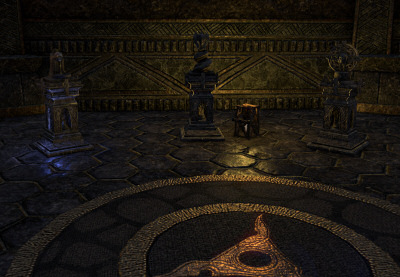 The skill reset shrine, attribute reset shrine and shrine to Mara are all right next to each other and they are also marked on the map. As long as you’re in the correct city, they’re very hard to miss!