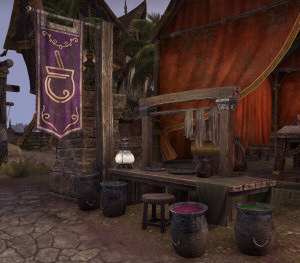 Elder Scrolls Online is getting its own dye system with Update 3, and you guessed it, this guide is all about dyes.

In ESO, dyes are unlocked exclusively through achievements. There’s dyes to be earned from just about every type of achievement in game. If you want to unlock all the dyes, you’ll be spending time doing a bit of everything!

What is the dye system all about, where can you dye your armor, what kind of different dyes are there and how do you get the different dyes in ESO. All this is answered below.

First of all, to dye your armour you need to find a dye station. There is one in every zone. Typically dye stations are located next to alchemy stations, or can be found in Mages guilds. The exact dye station locations are also listed below.

How to Dye Your Gear

Once you’ve found your dye station, you get an overview of the dyes available to you. Update 3 brings us a total of 176 different dyes. You can sort them by hue or rarity.

Dyes come in three rarities: Common, Uncommon and Rare. In general the common dyes are more easier to obtain than the uncommon or rare ones, some of which can take a lot of effort. 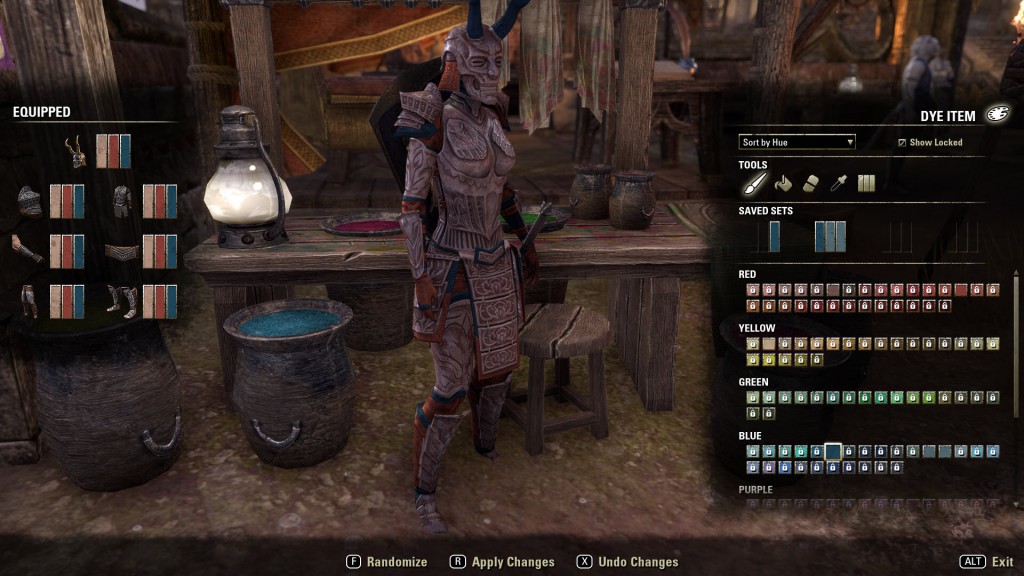 On the left hand side of the dye UI you can see your equipped armour pieces. There’s three columns next to each piece of armor – you apply dyes on each of these.

You can either dye each armour piece individually, or choose a dye set and use the ‘Set Fill’ option to quickly add all three dye colors of your choice on a piece of armor. You can clear and copy the dye color of your current armor as well. Dying your gear was completely free on the PTS, so there’s really no reason not to play with dyes.

Below is a complete list of the dyes, as well as their exact colors on the PTS. As you can see, there’s a lot of different options – 176 to be exact. When you take the three different dye “layers” into account, the possible dye combinations are endless.

The dyes are listed with their in-game name, rarity, the achievement needed to unlock the dye, and the hue.