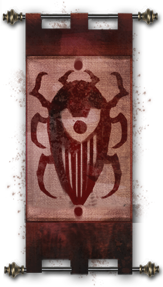 Dark Elves or Dunmer have dark skin, are grim and reserved by nature and are originally from the province of Morrowind in Eastern Tamriel. It is also said that luck is rarely on their side. The Dunmer have fought many wars, mainly against Akaviri and Nords, and are battle-hardened warriors. The Dunmer have a natural inclination to magic. Combined with their intelligence, the Dark Elves are powerful wizards and sorcerers who also know how to handle themselves in close quarter combat.

The racial bonuses of Dunmer are great on paper. To maximize the potential of Dark Elves, players should definitely consider using fire spells. The increased Stamina and fire resistance are also awesome bonuses and should not be ignored.