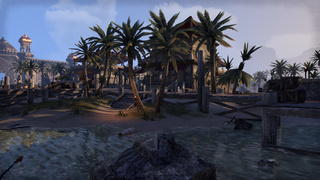 The Elder Scrolls Online v1.5.5 is an incremental patch that addresses some game crashes that occur in Cyrodiil, plus some adjustments in Craglorn. We have also adjusted the amount of XP you will receive when you complete Veteran Rank content, and fixed your progress bar so it no longer appears as though you need 4,000,000XP to gain a Veteran Rank.