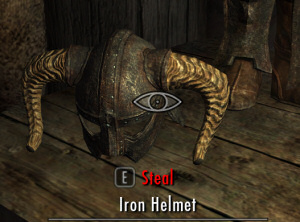 The Justice System will be a huge addition to Elder Scrolls Online, and it will drastically change the world and the way you and the players around you play the game. It adds a whole new level of player-driven content, and makes your actions have real impact on the world, much like stealing or killing in a single player Elder Scrolls game would. Except ESO is an MMO, and you will not only have to worry about NPCs but your fellow players also.

That’s right, players can either enforce the law or choose to break it. If you do choose to steal and murder, just be aware that there are players out there who will make it their goal to bring justice to Tamriel and hunt you down.

Justice System in a nutshell

Justice System is an upcoming update a lot of us are eagerly waiting for. It brings laws to Tamriel, and of course the ability to break them. With the Justice System players can…

Players will also be able to act as Enforcers or Outlaws. There’s a new skill line for both the Enforcers and the Outlaws, and it will aid the player in the task – whether its enforcing the law or breaking it.

Outlaws can steal NPCs’ property and also pickpocket them. It will be very clear whether an item is owned by someone or not. Picking up an owned item is considered a theft, and the NPCs will react to it. NPCs will have different personalities. Some will not hesitate to draw their sword and attack you, whilst others will cower in fear and do everything they can to avoid contact with you.

The success rate of pickpocketing will change dynamically to ensure that Outlaws are not able to successfully pickpocket their victims 100% of the time. Thieving will not be as simple as it would be in your traditional Elder Scrolls game.

There will be locked buildings in every town, owned by their respective NPCs. Players can attempt to pick the lock to break in. Should they manage to do so, they can continue to steal items within the building or even murder the house residents.

As it is, players can attack ALL NPCs, but they can not kill all of them. Pivotal Quest NPCs, travel NPCs and some vendors can not be killed. I suppose this makes sense and should not be a surprise to anyone familiar with the previous TES games.

As said earlier, NPCs will react to crimes they witness. Some may attack you and others may not do anything. NPC guards can begin to pursue you, and as they pass other guards, they will also join in on the hunt.

Having an NPC witness a crime will increase your bounty and “heat”, which is a term used to describe the initial negative attention following a crime. Bounties are global.

Stop right there, criminal scum! Nobody breaks the law on my watch!

The more bounty you accumulate, the larger the amount of heat you will also generate by committing crimes. Both bounty and heat will decay by time. Bounty decays slowly, whilst heat decays quite rapidly. Committing a crime when you have a high bounty on you would draw more attention towards you, because the heat you would have is going to be very high. Committing the exact same crime with a low bounty would not draw as much attention.

Essentially this means that it might be more difficult to escape unscathed with a higher bounty.

This is where Justice System gets very, very interesting. Players can choose to represent either Enforcers or Outlaws, opening up possibilities for world PvP.

A player can represent the enforcers by wearing an Enforcer Tabard. When the tabard is worn, the player will get flagged for PvP. You will not be able to constantly toggle your tabard on and off; it will take some time to wear it or take it off. Committing a crime and having bounty means you’re and Outlaw and will also be flagged for PvP.

There are also NPC Enforcers and Outlaws.

Enforcers uphold the law. It is their duty to keep the Tamrielic streets clean off crime. Enforcers get their own skill line, which is designed to ease the job of an enforcer.

To begin your life as an enforcer, you need to grab an Enforcer tabard. These can be obtained from Enforcer Chapterhouses. They are towers located just outside towns. Whilst wearing an Enforcer tabard, the player will be able to see if players around him have a bounty on them.

Apart from fighting player Outlaws and confiscating stolen goods, Enforcers also have access to a fun PvE activity called Bandits Dens. An enforcer will be able to find clues in the world which will lead to different Bandit Dens. They are bandit hideouts scattered across Tamriel.

Bandit Dens are naturally habited by Bandits. Killing a bandit boss will yield extra treasure. Bandit Dens also include chests which may or may not be trapped. Some of these chests will have contraband items in them, which can and should be returned to an Enforcer Chapterhouse for rewards.

Bandit Dens have an element of mystery to them: in-game maps will not reveal the whole den. Some areas can be hidden. It is up to the player to explore the den and find all treasures and rewards inside.

If you enjoy the criminal side of the pendulum, being an Outlaw might be the choice for you. Outlaws have the ability to sell and launder stolen property, and gain access to a skill line, which will help in the shady business.

The sanctuary for Outlaws is called an Outlaw Haven. Outlaw Havens include fences and special vendors, but are also quite literally havens to outlaws. It is a safe zone that Enforcers cannot access. Escaping to an Outlaw Haven will dissipate existing bounties and heat. Alternatively you can just lay low for a while and avoid towns and cities until your bounty is gone.

Whilst representing the outlaws and sneaking at the same time, a player has the ability to steal and pickpocket items. Also note that the way Sneak works is going to be changed, too. An Enforcer will not be able to see an Outlaw who is sneaking.

Let’s say you commit a crime as an outlaw and receive a bounty on you. You can either run away or get caught by a guard. If a guard catches you, you’ll need to pay the bounty in gold. Should you pay the bounty or get killed by the guard, all stolen items that were on you will be confiscated. (The NPC Guards are going to be virtually unkillable, by the way. You can’t just muscle your way through this.)

However, keep in mind that the Enforcer players can also kill you. If they manage to do so, they’ll be able to loot your stolen items.

This is where a Capture The Flag style mindset comes in.