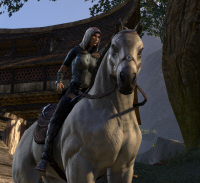 ESO has now been live for a full 24 hours, and we’ve all had some time to get reacquainted with Tamriel. I was very happy to see a much, much smoother launch than I expected. I can only speak for the EU megaserver, but there didn’t seem to be many issues at all.

I was expecting a boat load of quests to be bugged, I expected login queues, lag and server crashes. There was a time when all players and NPCs around me froze and I couln’t interact with anything. I was forced to shut down the game. I had one quest bug on me. A priestess refused to do her thing. Relogging did the trick there. Comparing this to the previous beta weekend, I was pleasantly surprised of how painless my first day in ESO was.

It will be interesting to see how this compares to the actual launch day on 4th of April, but so far this has been one of the best MMO launches I’ve taken part in.