Home » Tips and Tricks for ESO 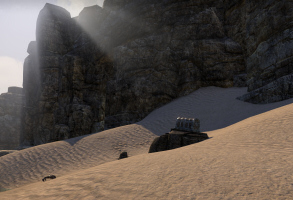 I can’t believe we’re less than 24 hours away from the early access of Elder Scrolls Online!

To celebrate the early access launch, we have compiled a number of useful tips and tricks to help you out in ESO. Feel free to add your own suggestions below!

Spend at least one skill point on each of your class skill lines.

And then drag each of these abilities on your action bar. Even if the ability isn’t necessarily something you will use often, this is the best way to level up that skill line. By having an ability on your action bars, the relevant skill line will gain experience from mob kills, exploration and quest completions. In the long run you’ll benefit from this.

This also applies to weapon skills and Soul Trap ability of Soul Magic skill line. If you are thinking of using a Bow later on, it’s a good idea to pick up one Bow skill and drag it on your action bar to quicken the skill line ranking process. You’ll automatically have the access to Soul Trap, so it costs nothing to drag it on your bars.

Equip at least one piece of every armor type at all times.

You might be tempted to equip nothing but Heavy Armor, Light Armor or Medium Armor, but you really want to have at least one piece of the other armor types equipped at all times. This way you can level up the other Armor skill lines faster, and later on in the game you will have access to all the juicy Armor passives and ultimates.

Turn Autoloot on from the settings and Loot EVERYTHING.

This speeds things up tremendously. I strongly recommend you to use a Loot addon which tells you what you have looted to keep easier track of items.

There are very few items in Elder Scrolls Online that have no use. Looting crates, baskets, barrels, chests, nightstands and wardrobes will yield you recipes and ingredients for provisioning, lockpicks and racial motifs used to unlock racial crafting styles. At worst you’ll get items classified as Junk, which can be vendored for gold.

The only downside of this is that it takes a lot of inventory / bag space. You should consider having alts just for inventory purposes.

Perform the Ritual of Mara.

If you have the Imperial Edition, or one of your friends has it, you should perform the Ritual of Mara with them to get the Rings of Mara. These rings provide a bonus to experience gain under certain conditions. You can perform the ritual as soon as you get out of the Wailing Prison.

Currently Skyshards provide more than a third of all possible skill points in the game. Our interactive Skyshard map comes with skyshard achievement hints linked to each skyshard, which makes it super easy for you to pinpoint the ones you are missing in each zone.

Pick up a Mundus Stone buff.

Mundus Stones grant permanent passive buffs. You can only have one on your character at any given time.

As soon as you hit level 10, you can go to Cyrodiil. What has Cyrodiil got to do with Mundus Stones, you may ask? Well, Cyrodiil has every single Mundus Stone apart from The Lord stone. You don’t have to go to higher level areas to use the Mundus Stone you want – you can just do it in Cyrodiil instead. Here’s a map for you.

Read every lorebook & Check every bookshelf.

Lorebooks are found all over Tamriel and yield experience with Mages Guild. This is by far the most demanding skill line to level up, because it requires you to find so many of the lorebooks.

Bookshelfs contain books which are randomized after a certain period of time passes within the game. The reason you want to check the bookshelfs is because the books can rank up your skill lines. Class skill line books are rarer than crafting, armor or weapon skill line books.

Do NOT repair your gear when you’re levelling.

I know this sounds weird, but repairing your gear is actually a huge gold sink. When you’re levelling up, chances are you’ll replace the gear you have so quickly that repairing the items you are wearing is just a waste of gold.

Later on in the game, especially during veteran content, you’ll probably want to start repairing since it takes a much longer time to level up.

Take advantage of the Enchanting vendors.

Enchanting is a useful profession but it’s very difficult to provide your character with the right Glyphs in the early game. You can buy low-quality glyphs from enchanting vendors. The Glyphs are not exactly free, but will definitely help out, especially later on.

If you have a choice of enchanting some pieces of gear over others whilst levelling up, you should always enchant head, chest, legs and feet slots to get the most bang for your buck.

Always have lockpicks with you.

Tamriel is full of locked chests. It would be a real shame if you bumped into one without a lockpick, wouldn’t it?

The best way to get lockpicks, from my experience, is to loot every single container in the Wailing Prison (tutorial area). Alternatively you can buy lockpicks from certain vendors for a small fee of gold. Not every vendor sells lockpicks, but I can confirm that some general vendors in the first tutorial islands (Khenarthis Roost: Mistral, Bleakrock Isle, Stros M’kai) do have them in stock.

Mail can be accessed from anywhere within the game.

This piece of information is useful if your bags are full and you still have unfinished business. You can just send some items to your friend, and they can return the mail to you. You temporarily save inventory space.

Trait Research is a big time sink. Even in the best possible scenario, it will take you 51 days to unlock all traits from a single item. I’ve explained why that’s the case in a previous article. If you’re thinking of levelling up your Blacksmithing, Woodworking or Clothing, chances are you’ll want to craft item sets in ESO. Researching Traits is essential for doing that.

When you find new items in the world with traits on them, instead of vendoring or deconstructing them, you should research the trait instead, ESPECIALLY if you think you’re going to use that item type in future.  Make sure you have a trait research active for each of the Smith professions at all times.

Craft Potions & Use them.

For tougher fights potions are a great help. Most people, me included, forget to use potions way too often. The power of alchemy potions only gets greater and greater the more your character progresses in ESO. It is possible to have a potion effect up constantly if you play your cards right.

Our Alchemy Simulator has a new feature which enables you to quickly see which plants have a specific alchemy trait, such as restore health or spell crit, which makes using the simulator easier. You can then combine the ingredients of your choice to create just the potion you’ll need – no guess work involved.

Last but not least: Enjoy the game & the world of Tamriel!

Tamriel is a beautiful world worth exploring. Some players may prefer to reach end game as fast as possible, but sometimes it’s worth stopping for a while and taking a look at your surroundings.