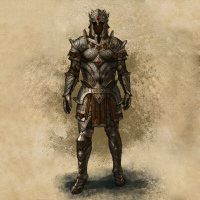 Brian Wheeler of ZOS has posted an update on what Zenimax is currently working on to tackle some of the issues found in Cyrodiil, not only server performance wise but also regarding PvP mechanics that “promote poor sportsmanship and undesirable reliances”.

The post includes a concrete list of changes that will be implemented to address some of the problems. The main thing that caught my eye is the removal of Former Emperor Skill Line altogether, and restricting PvP buffs only to Cyrodiil. This is done to prevent “alliance buff servers”

Here’s a general update on what we are doing to alleviate some of the pain points in Cyrodiil. This includes systems/mechanics that promote poor sportsmanship, and undesirable reliances, and Cyrodiil-related performance problems that many of you are seeing, especially in Veteran campaigns. Please note that this summarizes our current thinking, but we may change this plan as events warrant.

As I’m sure many of you have noticed, there are far fewer performance problems in non-Veteran campaigns. We have been investigating why non-Veteran campaigns perform better than their Veteran counterparts, and are starting to make some changes based on what we have found. As some of you already know, what we’re seeing is this: there is a point where if too many players are too close together and perform too many AoE and other instant-cast types of spells that server performance starts to degrade. As lower level characters don’t have many of these types of spells, non-Veteran campaigns generally don’t run into this trouble.

As such, the combat team is currently making adjustments to line-of-sight checks for area-of-effect abilities that have been causing the majority of server congestion in Cyrodiil. This has resulted in us taking a close look at higher level abilities/items to root out line-of-sight checks and other potential client-to-server message overflow issues.

There are also many other issues that will be addressed in the near future, some of which are related to players exploiting PvP buffs, social systems, and the Emperor system. Many of these issues came to use via direct feedback from players – thank you so much for your help, everyone who has taken the time to give us well documented feedback. It makes our jobs far easier.

With all this in mind, a multi-pronged change is coming to campaigns, the Emperor system, and campaign assignment that will be a major adjustment. The goal of this change is to address population imbalance issues, the reliance on “buff servers,” and Emperor farming. Read below for an explanation of the changes you can expect to see coming to Cyrodiil in our next major update.

That’s not all—the combat team has been hard at work tweaking numbers on abilities and items, too. Expect to see more details about those changes in future patch notes…considering these aren’t patch notes. =)

Last but certainly not least, we have some changes coming for each of the campaigns. We will be making some scoring adjustments to the campaigns in order to provide 4 different campaign styles, each with with different scoring parameters. In all cases the keep transit system, keep bonuses, scroll bonuses, emperorship crowning/deposing, and leaderboards will remain the same except for the scoring and duration changes noted below:

All campaigns noted above will be ended when the patch with these changes is live, and start at a score of 0. We have not yet determined if we will reset all objectives to their starting alliances. We will communicate this in the associated patch notes.

As always, these changes are subject to change based on feedback and testing, but this is the direction we’re going with PVP and Cyrodiil. Hopefully this post shows we are dedicated to delivering a solid PVP experience, and we thank you again for your loyalty to the war in Cyrodiil and your feedback!

We’ll see you on the battlefield!