Volenfell is the fourth 4-man group dungeon for the Daggerfall Covenant in Elder Scrolls Online, and is located in eastern Alik’r Desert. The bosses in the dungeon are level 37, and the normal mode of the dungeon is tuned to players between level 35 and 36.

The other alliances can run through Volenfell  after first completing their own level 35-36 dungeons: Tempest Island and Direfrost Keep.

This guide explains the boss fights of Volenfell in detail, and provides strategies for defeating the bosses.

Volenfell is a neat Dwarven ruin filled with beasts and treasure hunter bandits. There’s a couple of very nice boss fights in this dungeon.

Volenfell has its own story and quest, which also rewards a skill point for completing it.

Going with the standard tank+healer+2 dps is a safe bet. Most of the damage is avoidable, but first timers will find a healer helpful.

Desert Lion is the first miniboss in Volenfell. Calling the lion a miniboss is really an insult – he’s a 0-star miniboss and is a complete pushover. 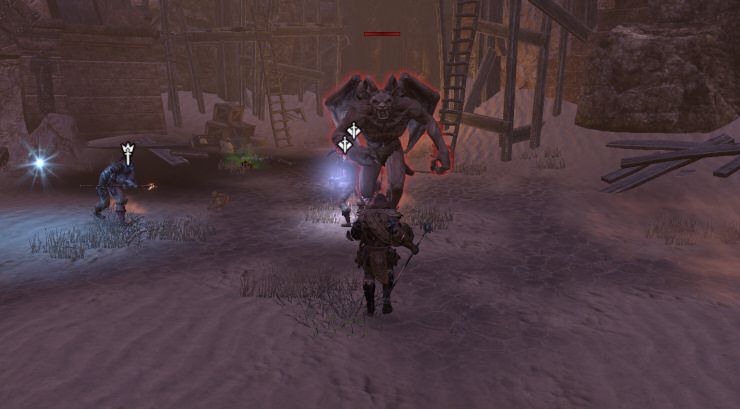 Quintus Verres is the second boss in Volenfell. This is a proper boss fight with multiple phases.

Boilbite is the third boss in Volenfell. Boilbite is a giant beetle and is surrounded by a number of smaller beetles, who should be killed asap. 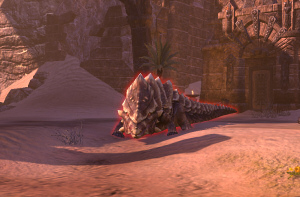 Tremorscale is the fourth boss in Volenfell. You can avoid almost all of the damage in this fight.

Unstable Construct is the fifth boss in Volenfell. He (it?) is a dwarven sentry, and there can be a surprising amount of damage in this fight.

He’s surrounded by a bunch of dwemer spiders who should be killed before focusing on him.

The Guardian Council is the sixth and last boss fight in Volenfell, and the first council style boss fight in ESO. You will face three dwarven centurions, and each of them has 9,836 Health and unique abilities:

The three centurions don’t strictly share their Health pool, but they have an ability which essentially means they will die roughly at the same time.